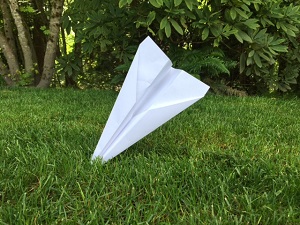 Below you will find a list of crashes that involve commercial airplanes that have occurred since 2014. I have included the date of the crash, the airline, the flight number and the model of the aircraft. I also provided a brief description of the incident and the status of the crash. Please note that this is just a list I compiled and it might not contain all commercial aircraft crashes that have occurred since 2014.

March 24, 2015 – Germanwings Flight 9525 – A320
Crashed into the side of a mountain at roughly 5,000 feet in the French Alps approximately one hour after taking off from Barcelona airport. The plane reached a cruising altitude of 38,000 feet before unexpectedly descending. No distress call was sent out by the pilots for 8 minutes. France’s President called the incident “a tragedy on our soil”. An investigation of the flight recorder determined that the pilot left the cockpit and was locked out by the co-pilot. The co-pilot then intentionally began to descend and crashed the plane into the side of the mountain. None of the 150 people on board survived.

February 4, 2014 – TransAsia Airways Flight 235 – ATR 72-600
The airplane crashed into the Keelung River shortly after taking off from Taipei Songshan Airport. The flight crew reported that there was an engine flameout before the airplane veered sharply to the left. The wing of the aircraft hit a taxi and a bridge before the plane crashed in the water. There were a total of 15 survivors out of the 58 people on board.

December 28,2014 – AirAsia Flight QZ8501 – A320
The airplane left the airport in Surabaya, Indonesia and was on its way to Singapore when communication with the aircraft was lost. The pilots asked to change altitude due to bad weather conditions a short while before crashing in the Java Sea. Search crews found wreckage and bodies as well as the flight recorder and cockpit voice recorder. It was reported that the crash occurred due to the airplane stalling while trying to climb too quickly. There were 155 passengers and 7 crew on board and no one survived the crash.

July 24, 2014 – Air Algerie Flight AH5017 – MD83
The aircraft was on an international flight from Ouagadougou, Burkina Faso to Algiers, Algeria. The pilots requested to change course to avoid bad weather conditions approximately 50 minutes after leaving the airport. The airplane ended up crashing in Mali. It had 116 people on board and there were no survivors.

July 23, 2014 – TransAsia Airways Flight 222 – ATR 72-500
Domestic flight that was going from Kaohsiung to Magong in Taiwan. The pilots requested to delay their landing due to bad weather conditions. The plane crashed into residential buildings while attempting to execute a go around. All 4 of the crew and 44 of the 54 passengers died in the crash.

July 17, 2014 – Malaysia Airlines Flight MH17 – 777
International flight from Amsterdam to Kuala Lumpur, Malaysia that was shot down over Ukraine. It was believed to be hit by a Buk SAM fired by separatist forces in Ukraine. The plane crashed as a result of being hit by the missile. All 283 passengers and 15 crew on board the flight were killed in the crash.

March 8, 2014 – Malaysia Airlines Flight MH370 – 777
Airplane went missing while en route to Beijing, China from Kuala Lumpur, Malaysia. There were a total of 239 people on board the flight. There was no communication from the aircraft after it drastically deviated from its intended flight path. A massive international effort was undertaken to try to find the plane, survivors or wreckage. No physical evidence from the aircraft has been found and the status of the airplane and its passengers is still unknown.

If you’re looking for information on commercial aircraft crashes that is older than 2014, you might want to check out public records on aviation provided by the FAA. They have a list of crashes, accidents and other incidents involving commercial aircraft.